A Short History Of The Water Lily

Where it all began... a few thousand years ago?

Water Lilies are old. And I mean like really, really old. They have been around since the age of the dinosaurs and to be fair some variations do indeed look like they just emerged off the coast of Jurassic Park.

Just take a look at the world renowned Amazon Water Lily. The sharp spiky leaves and thorny-looking edges are enough to trigger images from the Predator series. These age old water lilies have lily pads that span up to 3 feet in length.

Here in Singapore, such a specimen can be found near our Singapore Botanical Gardens in one of the local ponds in the area.

The Amazon Water Lily is one the oldest specimen of lilies still living today. It is not difficult to imagine these monster plants living during the period of the dinosaurs together with other magnificent beasts like the Tyrannosaurus Rex . With that being said, water lilies are extremely hardy and tenacious living plants. If you had a large basin of water, constant sunlight, and probably an excess of nitrates in the water due to the breakdown of waste materials from fish, it would be difficult and near impossible for the surviving water lily species present to die.

Use of Water Lilies in Human Culture

Since the dawn of time, people have been captivated by water lilies due to its enchanting beauty. The flower has been gorgeously immortalized in art and religion. Majestic palaces and gardens were once its home, but today it has found its way into peoples’ humble backyard gardens. Perhaps a little story on the symbolism behind this captivating, time-less beauty.

Use in Buddhist and Hindu Symbolism

The water lily is an important symbol in numerous religions, notably Buddhism and Hinduism. The plant is closely tied to the symbols of resurrection in both spiritual arenas because many species of water lilies close their flower buds during the night and flower again in the morning at first light.

Buddhists see this as a symbol of enlightenment. The blossoming of the lily flower during the day when there is light parallels with the idea of nirvana. They are also considered to be a symbol of spontaneous generation, divine birth and purity.

The water lily symbolized Upper Egypt and was used together with the papyrus flower – the symbol of Lower Egypt to depict a united country. Perhaps the most important would be the blue water lily, which was seen to be sacred to the Egyptians as it represented the sun and rebirth.

The Fate of Water Lilies Today

Nowadays the water lily has become an essential part of all pond plants and water garden setups worldwide. They are viewed as an exotic species of ornamental plants and are seen to be symbols of peace and growth. With the symbolism behind growing from dirt and mud into a prized vibrant flower, water lilies have a reputation to maintain as one of the best ornamental plants to have within the household. 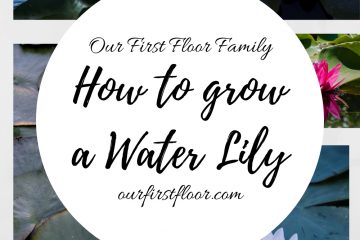 How to Grow Water Lilies at Home Standing in your garden, you have your newly bought water lily in your hands. They looked pretty at the shop you bought them at, but now they are Read more… 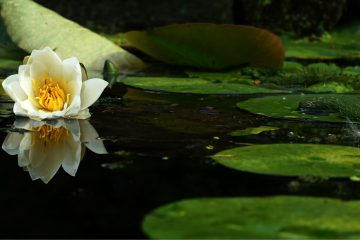 Different Kinds of Water Lilies for You